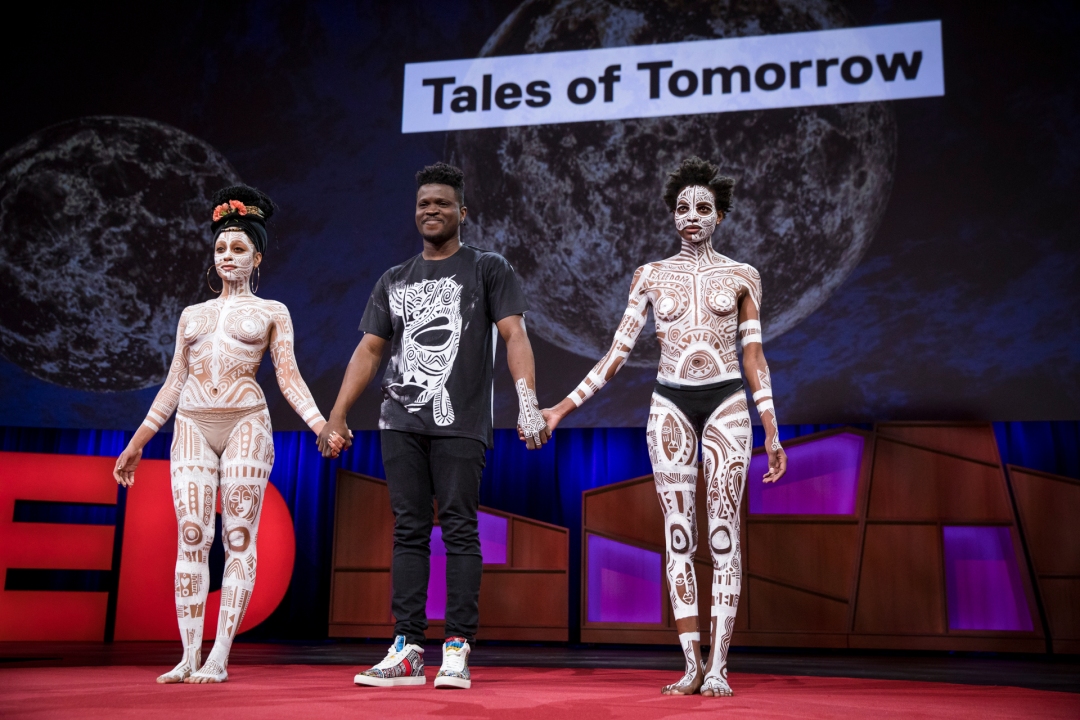 I really enjoy the week at the TED Conference. It’s a guilty pleasure, a lot of time away from work and family, mostly to learn and to think. I find the event both intellectually stimulating, and also overwhelming. So before I forget, this year I decided to write down summaries from most of the talks which I heard and/or found interesting, to facilitate my own learning. I hope this is of use or interest to other learning junkies.

Ashton Applewhite: aging is not a problem, it is a natural process

Levon Biss: photographs incredible details of insects, called “Microsculpture”. Each photo has between 8000 and 10,000 components/images, using multiple lighting setups. Different sections are photographed with a different light. But ultimately he needed the eyes of the child (someone viewing his work) to validate his works’ worth

Rutger Bregman, historian. Scarcity mentality is what attributes to poor making poor decisions. Plenty written on this, and it is in important topic. “Best minds of our generation of figuring out how to make people click on ads”.

Richard Browning, founder of human propulsion technology startup Gravity.  Browning is interested in augmenting human body by building an Iron-Man-like suit.  He showed a fun set of videos tracking how he experimented with one, two, and eventually six small jet engines — two attached to each hand and two to his lower back. He can take off vertically, hover, and kind of fly a few feet.

Ray Dalio, hedge fund manager, Bridgewater. Practices radical transparency, where everyone rates everybody in his firm, all the time. Also practice algorithmic decision-making. Weight votes based on who is most believable/most respected in the firm.

Sara DeWitt. PBS Kids digital. Talked about making each digital interaction an opportunity to learn and delight the new discoveries. Don’t be afraid that you kids use digital devices. Talk to kids about content on screens. Biggest impact on learning is combining talking with on-screen content like Daniel Tiger.

Time Ferris, self-improvement guru. Talked about stoicism and Stoic philosophers like Seneca. Talked about practical guides to making decisions. When you are afraid to make a decision, make a list of all the Downsides, how you can prevent them, and how repair if they happen. Then make the list of reasonable Upsides. And then, equally importantly, Cost of inaction. Great quote “Easy choices, hard life. Hard choices, easy life”

Martin Ford, author “Rise of the Robots: Technology in the Threat of a Jobless Future”. What does accelerated process progress in robotics and AI mean for the economy and job market. Comparison to US horse population, decreased from 22 million in 1915, to 3 million in 1960, as automobiles proliferated. What does that mean for us? Best example of ML: AlphaGo. Crossed a previous “safe line” of jobs that can only been done by humans. Also made an argument for basic income, since a lot of jobs will be lost.

Laura Galante, Director of Global Intelligence, FireEye. Described how multiple security experts all agreed, and many knew ahead of time, that Russia was interfering in the recent US elections. She recommends an unflinching pursue the truth, and asking for facts, in listening to any news stories.

Atul Gawande, surgeon and public health journalist. Has previously written about checklists. Made great points about having a coach. One time asked Itzhac Perlman why he didn’t have a coach, and Perlman said: “I do”. Another example, for the first Harvard Yale game , Yale hired coach, Harvard did not. Yale won next 24 of 30 games. Harvard hired a coach.

Lisa Genova, neuroscientist/author “Still Alice”: genetic predisposition to Alzheimer’s doesn’t mean you get it. What prevents it? Retaining neural plasticity, effectively having greater cognitive reserve. Extra connections serve as a buffer. I can we do that? Not crosswords. Need to learn new things. Sleep. Cardio.

Tom Gruber, co-creator of Siri. Believes the purpose of AI is to empower humans with machine intelligence, not the other way around.

Garry Kasparov. Chess champion, political activist. Says he is “Man” in the proverbial “Man vs. Machine” From 1985 to 1997, Kasparov went from beating 30 computers simultaneously to surviving the first game and losing the second against IBM’s Deep Blue. But he says machine triumph is human triumph. Interesting description of freestyle chess: Weak player + weak machine + good process beat better players + better machines + weak process. Says every profession will feel pressure from machines. But only humans can dream, so we should dream big.

Grace Kim, architect. Says loneliness doesn’t stem from being alone, but from a lack of connection. Environment, how homes I design, exacerbates that. many of us live in houses where we don’t really know our neighbors (true for me), which can contribute to a sense of isolation. She discussed co-housing spaces, where they still have their own home but share indoor and outdoor spaces with neighbors. Crazy idea: eat and walk with your neighbor!

Radhika Nagpal, robotics engineer. Harvard. Works on self-organizing robotic systems. Simple ant-like robots guide themselves into a variety of shapes. Co-creator of ROOT, simple robot to teach coding to would be programmers of all ages.

Mehdi Ordikhani-Seyedlar, postdoctoral student, Duke, researches brain signals. Decodes electrophysiological features of overt versus covert attention in humans. Makes the point that filtering ability of the brain is key to focus.

Helen Pearson science journalist. Wrote “The Life Project”, longest-running study of human development in the world. Main lesson: don’t be born poor. How do you bring up children correctly? Engaged parents matter most.

Susan Pinker, psychologist/author. In person social interactions are key to human happiness and health. Technology is isolating us from life-saving bonds. 25% of longevity is genetic. Discusses Sardinia and its “blue zone,” only place where men live as long as women. Social integration, followed closely by close relationships, are the strongest determinant of longevity. We now spend 11 hours a day online. Face-to-face contact releases neurotransmitters. Voices and body language convey rich information. If someone hears your voice they think you’re smarter. I loved that talk.

Stuart Russell, electrical engineering professor, AI focus, UC Berkeley. “You can’t fetch the coffee if you are dead”. What are the rules for human-compatible AI. The difficulty is that AI infers rules for proper actions from human behavior, and human behavior is often terrible.

Robert Sapolsky, neuroscientist/author “Why Zebras Don’t Get Ulcers: Stress Disease and Coping”. Posed the question, “How do you make sense of the biology of our best moments, our worst and all the ambiguous ones in between?” Hitler, My Lai massacre and the American helicopter pilot Hugh Thompson who stopped it by turning his guns on the Americans. I only caught the end of the talk.

Laolu Senbabjo. Artist. “Everything is my canvas”. Born and raised in Nigeria. Preferred medium is charcoal, linkage to life and death. Very cool body painting.

Anil Seth, cognitive scientist, University of Sussex. Made a convincing case that we’re hallucinating all the time. Explained how our minds are constantly making “best guesses” between sensory signals and prior experiences, then updating with new information. “It’s just that when we agree about our hallucinations, that’s what we call ‘reality,’” he said. Brain is constantly making “Perceptual predictions“. Great example of listening to speech sped up 20x, I couldn’t understand anything, then I heard it at normal speed, then I heard it again, and understood it.

Wang Jun. Genomics researcher. Beijing Genomics Institute. Founded a new company, iCarbonX, developing in AI engine to interpret genomic data and help people better manage their health. Basically, collect as much information on your health as possible, run through AI engine, determine what’s causing what. Observation that genes under stress behave differently. What can we learn from “digital me”?

David Whyte, poet. Read his poetry, interesting style of repeating its lines. Talked about vulnerability, how your partner will break your heart, and so will your children.

Guy Winch, psychologist. Discussed how to heal rejection/broken heart. Need closure to move on, need to know why relationship did not work. Need to avoid idealizing, and remember all the bad qualities of the person. In order to fix a “broken heart”, a person needs to identify all the voids that were left, and fill them.

Huang Yi, Taiwanese dancer. Danced with the robot in the opening.

I was trained as an engineer, paid for college by writing code, and have been backing technology startups since 1993. My partners and I founded Ridge Ventures, focusing on investing in SaaS and infrastructure solutions for enterprise companies. More on my bio here.
Follow @Rosenrosen
My Tweets
Loading Comments...
%d bloggers like this: